Letter to Mommy. All I ask Is…The right to Fail!

It’s not quite often that I write to you, but of late I’ve been compelled by the power of despair. As a recovering type A personality, I’ve had to learn the truths of this world without you. Of course I know never to talk to “those guys” who only want one thing, but somehow you left out that I might want that thing too. I also know how to stick my nose in my books, because telling me that I might lose myself trying to find the person you want me to be might be a lil daunting for a 1st year.

And last but not least, I knew the silent agreement we held in our conclave; failing you meant failing me.

So bit by bit, I relinquished myself to conjure the child you wanted.

I’ve had to fake dreams in a race against time. A construct that dictates preconceived milestones in the sprint to success.

I’ve had to tightly pack myself in a breaking box, that wouldn’t let me lash out my out identity in the fear that I’d become “those” girls.

I’ve had to beat my heart unconscious to the “truths” that a Bachelor of Arts doesn’t quite measure up to your neighbour’s standards but lord it over them when I did well.

Did I tell you that midway, I had the audacity to grow disillusioned when I realized self-actualised is what I really cared about?

That I too wanted “one thing” but my mind couldn’t move past my hips because then I’d be “those girls”?

That because I was scared of home, that I ended up building homes in others, who gave me a false sense of assertion (nowhere to be found in Chapter 7 mind you) that those homes would carry themselves into a glass house of success I would never reach. I’ll laugh about it later, but I’ve been too busy crying about it now.

When I have the strength to woefully glean through the streaked windows and lift my head from my despair.

I see that my hard work hadn’t equated to passion. That my ambition to learn was stifled by the weight of being the ” good child”.

Your platitudes of love and family were not enough to mask the hopes you had riding on my back, that fell to make space for what my soul whispered to be my ‘becoming’.

I’ve learnt from the great book you’ve given me to forgive this hell paved with good intentions.

Dear Mommy. In life you’ve given me much. All I ask in return, is the right to fail. 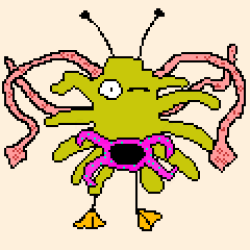 The Art of the Selfie

In Conversation with Dr Annette, Researcher and Conservationist: On Women’s Monuments and more..

Talking Career Pivoting and more with Audrey, from Waitress to Chief Happiness Officer at Harpie HR.