The Art of the Selfie

PShiking is one of my favourite things…

As we hit the last stretch, for some reason we got talking about selfies…

Yes we had just taken a selfie or two with two of the hikers, one of whom happened to be a colleague from an ocean away whom I met on the last stretch of the trail. Talk of serendipity! Such a beautiful coincidence meeting you on the trails Mylène! 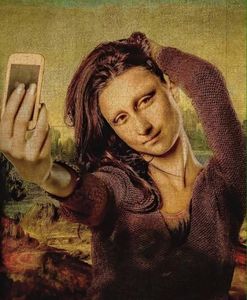 Such a fascinating conversation we had about the Selfie phenomenon. I couldn’t help but write this post as I pondered the assertion I had made earlier on:

Whoever originated the idea of the Selfie should either be nominated for the Nobel prize or be awarded the most vile of awards.

Before we get to the art of the Selfie, let’s talk little bit about its progenitor – the photograph. It’s not long ago we all were spiffy and stylish, classy even as we prepared for the rare and much treasured photo moments. Taking photos was a special occasion, a ceremony of sorts in itself. As part of this ceremony, we all got dolled up to be photographed, this was in the classical era of film of course!

Well if you don’t remember any of this, then you are either too young or your cache memory has been flashed down the drain by the digital error.

Of course the digital era came and with it the rules of photography as we knew it were completely rewritten. There are no mistakes anymore. We are mini gods and wizards, and at the click of a button we can go back and edit our mistakes. Nothing is beyond our reach.

So you missed Auntie Jackie’s wedding?

No problem we can Photoshop you in….

You wanna be seen in Beijing or standing by the Eiffel Tower?

Easy piezzy… We can get that done in a jiffy.

Back to the Selfie. There something about it that is just mysterious, strange, sinister even. Yeah you know yourselves. Almost no one is immune from the Art of the Selfie…. Or the madness thereof. I have heard of tales of people stumbling and falling over when engrossed in the art, others spending hours on end… Filming what again? Tha-booty, some weird pouts, some cheesy smile.. Some twizzy wink or eye brow stuff that would otherwise be cringe worthy in another era. Even saw a feature on BBC that Instagram the mother of it all is taking some cautionary steps, around the Selfie madness. This time round as it’s been a source of abuse for animals and untold cruelty to animals as they are forced to be part of the Selfie charade. Endangered creatures like the Slow loris, the Liger among others have suffered the most. Can you believe it, even animals are feeling the pain of the Selfie! 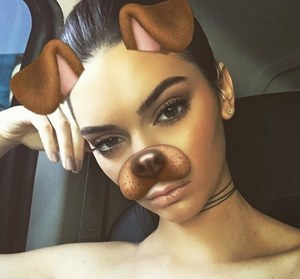 As we pause to for effect to reflect about this, either way, digital or is it dig it all…. has totally taken the world over. The selfie is certainly leading the pack of this uncivil bandwagon.

There’s no more lending a hand, we now have the Selfie stick, so oh no we are self sufficient. So no thanks your help is no longer required! I can do it on my own…. 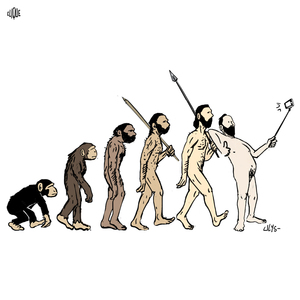 What about manners and class…

That’s so yesterday; in the Selfie era it’s all about ass and razzmatazz. It’s the Selfie nation baby! Gotta show some. Well, do we care that we look weird, too self absorbed, ugly even. No, not at all. It’s all about me honey. I’m just expressing myself, blinkers on or not. It’s fascinating as I said and none is immune. Even that buddy who loudly protests ‘how they hate photos’. Mmh, catch them on a sunny day, In the sweltering heat of the moment.

The art of the selfie moment is sacred to be indulged with glee and total abandon.

I know you’re wondering up-to this point…what’s your point?

Well I’ll give it to you. All I say is don’t be staggered or lose your breath, its just human nature and its dichotomy. Some things just are, and so deeply entrenched in our psyche as humans…

That human behaviour is difficult to master. And when you think you’ve known a person, then you realize you really don’t.

The Selfie is so deeply rooted in our human nature. It’s kind of a mirror. A reflection of our essence and the substance thereof, our humanness. In all honesty, we really couldn’t completely frown at the Selfie. If anything we often find humor, relief even through our goofiness. It provides a window, an avenue for our shared humanity where Presidents and the high and mighty can walk the same streets. Lured out of their loftiness, to the common vain arena if our common humanity. The Selfie moment is a juncture of triumph as the tragedy as our vanities and virtues come into a collision in a snapshot.

I conclude where i started. That whoever invented the Selfie either deserves the best award, a Nobel prize at best or the worst of accolades. Either way the Selfie must be acknowledged and celebrated as it’s not going anywhere as long as our human self’s endure. 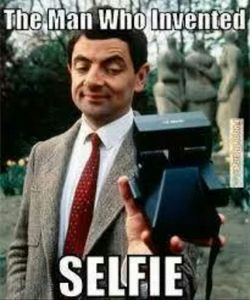 On this note it’s time to pause for a Selfie moment. Join me and raise your glasses. I propose a toast. Long live the Art of the Selfie…. Cheez!

Letter to Mommy. All I ask Is...The right to Fail!

Who is Greater? The Story or the Story Teller… Why?

Theory of Humans… Alive and Well!

LIVE A LIFE OF FREEDOM