Tribute to Mother of the Nation – Winnie Madikizela Mandela 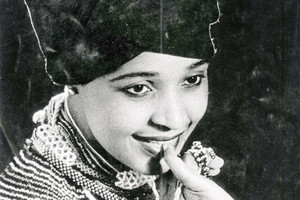 Nomzamo Winnie Madikizela Mandela was laid to rest on Saturday, 14th April after a funeral service that was full to capacity at Orlando Stadium, Soweto. Several things tributes have been paid to her since her demise on the 2nd April, at 81 years of age. Words like Mother of the Nation, Big Mama, Trailblazer, Pathfinder among others have been used to describe her, and certainly more than befitting of a struggle icon that redefined the history of South Africa and an example to follow locally and abroad.

Now, let me get to what I want to say.

I agree that in so many ways she wasn’t given the credit due and vilified, mostly through the media by those who sought to discredit and character assassinate her to achieve their own ends. Perhaps her first born daugher, Zenani summed it up too well in her tribute, and will not seek to add more to what she had to say;

Much of what my mother has been constantly asked to account for is simply ignored when it comes to her male counterparts. And this kind of double standard acts also to obscure the immense contribution of women to the fight for the emancipation of our country from the evil of Apartheid. I say ‘fight’ because the battle for our freedom was not some polite picnic at which you arrived armed with your best behaviour”.

There so much more that could be said on this front however let me focus on something that i personally feel deserves attention in days to come.

Winnie Madikizela Mandela as a leader, especially her many facets, her leadership style and approach, and perhaps what made her rise to be such an icon despite not wielding any specific positional or organizational power. She is acknowledged as being a social worker by training, whose greatness was a result of fighting for the cause of the liberation of the African people from an oppresive regime instituted in South Africa known as Apartheid. It is in this for this cause that the world knew and revered Nelson Mandela as the legend, and hero of this struggle movement.

Unfortunately, not as much legend and heroics was credited to her yet the woman maketh the man.

Before we get too far, let’s baseline a few things that may not have been obvious and need to be acknowledged that;

“I am a product of the masses of my country. I am the product of my enemy”.

As anyone can appreciate this was never an easy time. 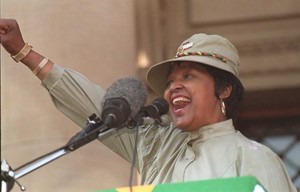 She was also one of the top commanders in MK, the military wing of the African National Congress.

Certainly this experiences in and out of prison, the many spies, betrayers, castigators and the raw violence inflicted on the people she was fighting for shaped her in as much as she shaped the path, alongside others that ultimately led to the ultimate release of Nelson Mandela on 11th Feb, 1990.

There is no doubt that the release of her husband and subsequent birth of the South African democracy in 1994 with majority rule led by Nelson Mandela and her party the African National Congress were momentous. Her journey however wasn’t done. Her struggle continued on – with her sense of identity reset with her separation and divorce from her husband, the many court cases and appearance at the Truth and Justice Commission (TRC) among many others.

So remarkable that she bore all this things with such fortitude and courage and didn’t waiver, even when faced with such difficult odds that tried to water down what she had fought for. There’s lots more that can be said to add to the above, one thing is evident though. She sacrificed greatly for the cause of freedom and the end of apartheid.

And as her daughter put so eloquently, certainly she kept the Mandela name alive in the public domain. Without this the world would all but have forgotten him after the many years he had been locked away in Robben Island.

Five years ago we lost my father and the world descended on South Africa to show its love for him. I truly believe that it is worth repeating that long before it was fashionable to call for Nelson Mandela’s release from Robben Island, it was my mother who kept his memory alive. She kept his name on the lips of the people. Her very appearance –regal, confident, and stylish angered the apartheid authorities and galvanised the people. She kept my father’s memory in the people’s hearts.

As we all reflect and make sense of her legacy my wish is to not only echo Zenani’s wish of ‘rediscovery of the truth.. and come to terms about the pivotal role she played‘ in freeing South Africa from apartheid.
I would like to make a greater invitation – an invitation to a study of Nomzamo Winnie Madikizela Mandela

as a legend and a leader, as Mother of the Nation and Movement and as an ordinary individual who became and Icon

There is no doubt that she was an icon in the same league as Nelson Mandela and perhaps even more consequential, especially for those who listened in to the rousing tribute by one Julius Sello Malema that captured the imagination of many. In particular, she would make a great study given that her influence and impact is not derived from being a politician or from being elected into office, but rather her being deeply connected with the people she chose to liberate. Unlike all the other struggle icons, she maintained Soweto as her home even when she had the luxury to change address after 1994. She was consistent and unwavering in her devotion to her people to the very end and certainly the tributes paid back to her only shined through.

It would be great to see the historical reviews and literature articulating who she was as a leader across the domains of influence she exerted in South Africa, Africa and around the world beyond as the dust settles and her legacy is crystallized.

I submit that Nomzamo Winnie Madikizela Mandela should be

a case study of exemplary and enduring leadership for the world for years to come.

We will all be the richer for knowing she lived and served for the greater cause of freedom and liberation of the African people or as she fiercely and passionately called them – our people.

That First Stroke…The Magic Power of Just Getting Started

Are You Reaching a Milestone, And How On Earth do you Know?

The Journey of a Thousand continues…. From Good to #FuckTastic!

The Lost Art of Customer Service