Wacky Wednesday: Life in the SkyLine_

From a far it’s a beautiful tall buildings scenery, wait till you find yourself within it – it’s kinda you are lost in a jungle full of gigantic buildings. Things moving fast in the city, everyone is in a hurry never minding about others business.  They call it the heart of the Nation/Country (where all the core capital heads are found) but it seems to me it’s more of an artery than a heart – a carrier of all the good and bad.

Tom just arrived from the countryside, frustrated of his father’s farm work – with hopes to find a white collar job, but look! He is now employed as a cleaner in the White Den Cleaners Agency, worse still than the countryside roles. Vivinah on her end promised to be educated through her O level by her uncle in the city, now situations forcing her into cohabiting. Mohamed ran from his homeland due to war, now evading contact with the police every time (no legal documents) worse still than the situation in his homeland.  Lucky are the few ones like Junior from the lake region, who aced in their papers now enjoying the government education scholarship within the city – at least he usually has a better story to tell after school closure. Who knows the future anyway, the other day we learned about Dr. Ozungu’s son who was in the same shoes (as Junior). We shocked to hear he led a strike in the University that has now led him to be suspended for four years, four good years! He’s now into drugs can’t tell where he learnt that (was it part of the teaching in his chemical engineering course? Mmh…); All these happening just because they are in the City!

I was born in the City, lived almost all my lifetime in the city – seem to be a tourist when am in a city now. I couldn’t believe it when my grown-ups used to tell how city gradually expanding, even told me (where i used live) that it was a forest before the buildings came up! I couldn’t believe those days- but now am seeing how the moulds grow. Have seen how a river vanished, have seen how helpless people been left without homes simply because they built their homes on the road reserve… seen how a two story building turned into a Skyline. Indeed seeing the city growing.

Things are expensive and they say you need to be rich to thrive. It’s true you need to have money to survive in the city. Recommended; brain (think big!). We just lose it all in the culture that we find – drugs, crime, corruption, wanting more than enough! That’s where we go wrong; we wanna be like so and so (without looking at where they came from), we wanna drive without a driving licence( fly without a permit), grow without sowing (harvest where we didn’t sow), it’s all confusing making it harder to survive. I have to walk with an ID in the place i was born, simply because of terrorists (confused people who can’t tell the purpose of their action!).  These making the city life confusing – you can’t be sure of what you’ll wake up to tomorrow.

Skyline- Huge tall massive buildings forming a climate of its own… A climate that you can’t predict of its weather, it’s never cooler at the top as it’s said- but you will almost find anything you are looking for- whether good or bad; it’s up to you to choose! City life!

This piece was written by our good friend, Nelson Kennedy, who is on a pillow enjoying his Big Vacation in the East African City of Nairobi!

Who is Greater? The Story or the Story Teller… Why? 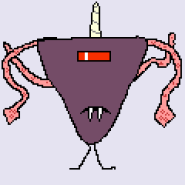 Mama Africa, How Art Thou?